Marilyn Mulero was exonerated on Tuesday, 29 years after she was sentenced to death in Illinois based on a false confession coerced by a now-disgraced Chicago detective.

She is the 190th person exonerated after being sentenced to death in the U.S. and the 16th death-row exoneration from Cook County, Illinois.

Cook County has more exonerations from death row than any other county in the country, according to the Death Penalty Information Center. At least 14 of the county’s 16 exonerations involved police or prosecutorial misconduct and half involved false confessions.

Statewide, 22 people have been exonerated after being sentenced to death in Illinois. Only Florida, with 30, has more death-row exonerations.

State’s Attorney Kim Foxx moved to dismiss all charges against Ms. Mulero and six other people who were framed for murder by former Chicago detective Reynaldo Guevara. The Cook County trial court granted those motions on Tuesday.

DPIC reports that Mr. Guevara’s misconduct led to at least 31 wrongful convictions that have been overturned since 2016. Under Chicago Police Commander Jon Burge, Mr. Guevara “systematically tortured or coerced innocent suspects into confessing to murders they did not commit,” as detailed in a 2021 report from DPIC.

Ms. Mulero was accused of luring two gang members to a park where they were fatally shot in 1992. Mr. Guevara and another detective interrogated her for 20 hours, threatening her with the death penalty and losing custody of her children and not allowing her to sleep or talk to a lawyer.

She eventually signed a statement confessing to one of the murders, and her motion to suppress that confession was denied. She followed the advice of her court-appointed lawyer and pleaded guilty in 1993.

A jury sentenced her to death. In 1997, the Illinois Supreme Court overturned her death sentence after finding that the prosecutor “improperly used [her] constitutional right to silence against her by introducing into evidence her motion to suppress, which was intended to enforce that right.” She was sentenced to life in prison without parole in 1998 after five years on death row.

In April 2020, Gov. J.B. Pritzker commuted her sentence to time served and she was released.

At a press conference this week, Ms. Mulero said, “There’s other women out there that are incarcerated, that are innocent, that I will keep fighting for, just like our other Guevara victims that are in there.”

In addition to the seven people exonerated on Tuesday, two dozen cases linked to Mr. Guevara have already been vacated, the AP reported.

Ms. Foxx told reporters that her office is reviewing possible criminal charges against Mr. Guevara, who retired in 2005 and is receiving a city police pension. 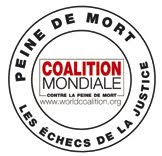